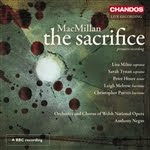 Like most kids of my generation I was first exposed to opera in what was probably the worst possible context, on the Ed Sullivan Show. Sandwiched between jugglers, cabaret acts, comedians, puppets and the latest pop/rock star was something that Ed introduced with a laconic "And now, Italian opera star ____ _____." Out would come some overweight person singing something in an incomprehensible language, with plenty of emotion, but who knew why? If this was opera, I didn't like it at all. Of course if you already knew the opera from which the aria was ripped asunder, if one knew the singer and liked him or her, in short, if you already knew and liked opera, this was probably an enjoyable three minutes. If not, not.

It was only later, when I had discovered classical music for myself, in the form of piano and orchestral music, that I branched out and discovered that opera was a good thing, slowly (through excerpts like the "Toreador Song") and then one afternoon when the high school music department attended a Met matinee of Lucia di Lammermoor, surely.

I sometimes wonder how the youth of today will be exposed to opera, if at all. There is no equivalent to the Ed Sullivan Show, bad as that was for understanding the art form. In the situation of new operatic works, I don't know of any that are especially suited to convince non-operatic listeners that there is a world of enrichment and pleasure available for the taking.

Today's music is no exception. James MacMillan's The Sacrifice seems more keyed to those who already like the 30 or so operas that are continually performed throughout the world. This is MacMillan's bid to be the composer of number 31. It has a plot typical of operas of the late 19th century, a sort of Romeo & Juliet trajectory without much of the love element. The music is drenched in late romantic convention for the most part. The performance on a new Chandos two-CD set is a live one made originally for consumption by the BBC; it is quite respectable; it is not perfect either sonically or musically.

Nonetheless The Sacrifice has some real musical weight. There are recurring themes that can captivate, there is a wealth of orchestral detail (in fact the orchestral interludes are perhaps what I find most interesting) and there is some attention to the curve of dramatic development, some time given over to rousing crowd scenes with chorus, some moving duets and a general solid quality to it all. I will say that it does not especially overwhelm in its modernity (mostly, it isn't) nor does the libretto seem particularly poignant to me. The daughter of a general of one warring political faction agrees to marry the principal head of the opposing faction. Her former lover makes vengeance by various violent acts; the husband-political-opponent accidentally kills the general in a mistaken identity retaliation, and everyone has something to learn from it. As with the conclusion of West Side Story or Romeo and Juliet, "all are punish-ed," sort of. If we start realizing today that humanity seems to learn nothing from the senseless violence in the name of a cause, with or without the romantic interest element, that should not deter us from acknowledging that the theme seems still to be a powerful one. It is hard to top Romeo and Juliet or West Side Story, though, for all that.

I don't mean to be too flippant, because ultimately this work most certainly establishes James MacMillan as a composer of note, as a composer of substance. Anyone with an interest in contemporary operatic works should listen to this recording. One hundred years from now what will be the fate of The Sacrifice? I have no idea. In the interim it is certainly a work to appreciate. And if the youth of today will probably not flock to this opera, that does not mean they wont come to appreciate it in their later years. Who knows?
Posted by Grego Applegate Edwards at 4:49 AM