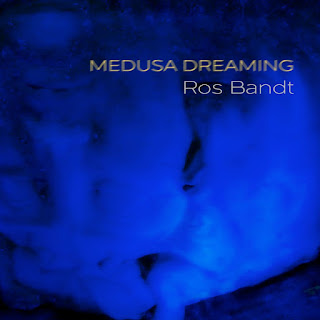 The music world today, perhaps in spite of the economics of it all, is wide open. There are a nearly infinite number of ways to go when it comes to creating some kind of contemporary presence. Although it can be dizzying it also can be rewarding and adventurous. The latter is the case with today's new CD, Ros Bandt's Medusa Dreaming (Neuma Records 145). This comprises a very varied eleven work suite, an ambient  meditation on water and its properties, on a cistern and its resonant acoustics. As the composer puts it, "The space is the thing. It's the key player. Medusa Dreaming is a site-specific water symphony in honor of one of the most beautiful water tanks in the world: heraldic, grand mythic, scintillating." It is all about the Basilica Cistern  that lies beneath Istanbul as it has for many centuries. Each movement deals with its history and personality, acoustically and otherwise.

The music is partly written out, party scored for the Hedusa Ensemble consisting of harp, tarhu (Australian spike fiddle), flutes and air whistles, electric "guitarviol" and live processing, plus percussion.

There are very resonant ambiances, heavy metal guitarviol expressivities, and all kinds of exploratory moods and modes, including some very dramatic and appealing harp parts ringing alongside tuned percussion instruments among other things.

In the end we are surrounded by multi-stylistic contrasts, from quasi-Turkish ethnic to new music to undulating, droning sustains to improvisational immediacies. It's collective sonic summation gives us a distinct set of timeless and spacious sonic narrations.

Strongly recommended for those who look for adventure.