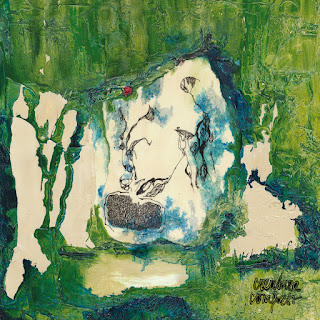 Sometimes nothing can quite prepare you for a music when it defies easy categorization. Tha is most certainly the case with songwriter, singer, cellist, lyricist Meaghan Burke. Her album Creature Comforts (self released) comes toward you as a kind of underground art song program, quirky and unexpected.

All that is Ms. Burke and all that are her songs are joined variously by a string quartet (that includes her cello), clarinets, resonator guitar, Sousaphone, drums, contrabass, guitar and backing vocals.

Her voices is very musical but also dramatic and I suppose you could say "wayward" in a sort of Downtown way. In the process there is a productive conflation of rock, cabaret, new music, freedom, and I suppose a tiny smidgen of pop. The HOW of the creative stew is the everything, of course.

And that how is poignantly singular, about a personal everyday or otherwise life, about a nicely wrought cello, a touchingly honest sound assemblage that fascinates and moves in its unpretentious yet arty totality.

There is no satisfactory set of words glibly and hastily scrawled (or of course typed). It is Meaghan asserting through her songs, "I exist!" And in the process we too exist alongside her, for the length of the program and beyond.
Posted by Grego Applegate Edwards at 6:33 AM