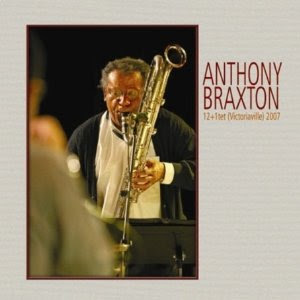 People outside of the United States, people who haven't spent time here lately, have a conception of America as a land of soft luxury, of abundance, of a glamorous and hedonistic existence. If you watch some TV shows, that's the view you get. Fact is, here on the ground, especially in the New York Metro Area where I dwell, it takes an enormous amount of money to live a plain, unadorned, near-poverty-level existence. A paradox? I guess. Sure somebody might have an HD-TV or a cool pair of sneakers, but they can't meet their monthly expenses as a result, and the TV throws out non-stop distortions and even outright untruths, cajoling the unsophisticated and unwary into believing all kinds of things that are not in their best interests, which in turn leads them to make decisions that further undermine their security and well being to the advancement of certain other interests. Excuse me, but it does need to be said.

OK, so that's what it feels like here right now. And then you look at a guy like Anthony Braxton, who might have been the jazz poster-boy of the past 20 years if he had diluted his music in certain ways or cow towed to older forms of improvising. Not only has he not done that, he continues to create ever more advanced and uncompromising music, music that is a little difficult for many people to understand. He is a man of courage and determination.

His long Composition No. 361, recorded live at the famed Victoriaville new music festival in 2007 (Victo 109), is a good example of the high level of his recent music, and also a good example of why he'll probably never appear on an MTV video (yes, they still do that).

It's music for 13 players. . . a sort of big band? Well, the musical result is not what you'd expect from a big band. It's more a large chamber ensemble of improvisers, including Taylor Ho Bynam, Nicole Mitchell and Mary Halvorson, to name a few of the more well-known people.

The 70-plus minute performance of the piece shows Braxton in a rather abstract mode. There are jagged-edged contours to the music, ever-shifting in ever-evolving combinations. There are moments of "free"-sounding soloing and there are moments that bring the music closer to a modern classical stance, and there are many moments where the two ways of proceeding are conflated. And always in a way that is recognizably Braxton-like. It takes a fair number of listens to latch onto the sonoric flow and logic of the piece. But in the end the listener is rewarded with music that opens up an aural pathway into the musical consciousness of the listener in ways that are very stimulating.

America. Not a place where a Braxton can thrive these days. Yet he has the courage to BE. To be himself. I consider that a high form of musical heroics. The results you can hear on Composition No. 361. I thank Mr. Braxton for staying with it. My world is a better place for it. Yours can be too.
Posted by Grego Applegate Edwards at 4:44 AM