Noah Preminger Plays Ballads on Tenor: "Before the Rain" 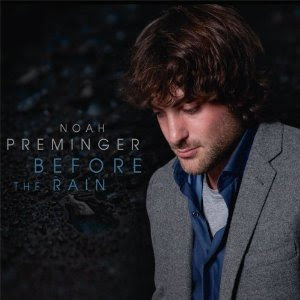 Coltrane's Ballad album gave much credence to the idea that a cutting-edge player could still say something important within the ballad form. Since then there have been others. Young tenor saxman Noah Preminger weighs in with his own Before the Rain (Palmetto) and he does it with style.

He has picked the right players for this quartet date. Frank Kimbrough, piano, John Hebert, bass, and Matt Wilson, drums, are seasoned professionals, each major players who can be expected to render ballads sensitively, in ways that are musically rich and interesting. They do that.

It's a jazz cliche to say that the hardest thing to play is the ballad. There's truth to that nonetheless. The soloist is naked with a melody line and what he can do with it. Simplifying initially helps the feel of the music. Then the challenge is to go someplace interesting, without necessarily blowing one's top. Mr. Preminger and Mr. Kimbrough, the principal solo voices here, do that and they do that very well.

There are occasions when the band sounds like the early Jarrett quartet (the one with Dewey Redman, Charlie Haden and Paul Motian), especially on Kimbrough's "Quickening," which has a Jarrett-filtering-Ornette sound to it. And Noah can have that pure yet impassioned sound that Dewey favored in his balladry, which owes something to Trane in turn. Other times Preminger goes his own way. His is a voice that promises much if he can continue to develop as he has.

The whole band sounds quite excellent on this one. There is mood, taste, musicality, freedom and direction. This is modern music. It glances backward only to resolutely set its sights on the road ahead. The original songs are challenging yet lyrical; the playing tender yet robust on the few standards. Noah Preminger is someone to watch. And the quartet is superior throughout.
Posted by Grego Applegate Edwards at 4:37 AM