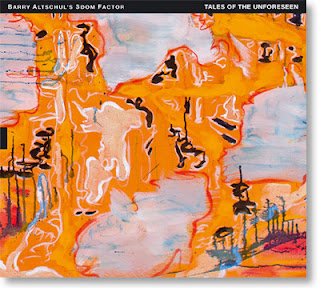 Barry Altschul is one of the undeniable avant jazz drummer innovators of our time. You only have to listen to his work with Paul Bley in the beginnings of the New Thing movement and beyond, his presence with Dave Holland and Chick Corea and then as a quartet with Anthony Braxton in the celebrated group Circle, and onward to his role with Holland in the Sam Rivers Trio and simultaneously with Anthony Braxton in some of his best ensembles in the '70s to get an idea of why that is so. An extremely creative free player with an orchestral sense, an ensemble drummer who is as much an equal melodic improvisatory voice as he is a drummer in the conventional role, his solo approach and his special way of playing time, all can be heard to great advantage on those sides.

His initial bandleading days, too, give us superior playing and a leader of sensitivity and forward momentum. On the State side at least he became less present over the years, though in Europe he remained active and vital.

Now in the last decade or so he has re-emerged full-force as both extraordinary drummer and leader of essential bands. Barry Altschul's 3Dom Factor with Jon Irabagon on tenor, soprano-sopranino and flute and Joe Fonda on double bass is especially vital, both as a showcase for Barry's drumming and group concept and as a leading avant gathering.

We get a new album with Tales of the Unforeseen (TUM 044) and it lacks nothing for driving free excitement and instrumental excellence. The overarching construction is a suite of freely improvised segments with the interjection of three compositions--Monk's "Ask Me Now," Annette Peacock's "Miracles" and Barry's own "A Drummer's Tale."

This is free music in the tradition of Barry's earlier bands and his work with Bley, Circle, Braxton and Rivers. Barry sounds better than ever in all the ways that make him special, a free style that is busy but focused, a supreme sense of kit sonarity and use of space, an ability to straddle time and freetime to ever-varying degrees, and a sense of percussive gesture that, with the right players along for the ride, creates depth and movement. Just listen to Barry alone and what he is doing here and you get a seminar on state-of-the-art edgy percussiveness Altschul style.

But of course it is the presence of Fonda and Irabagon in the trio that puts it all together in the end. Joe Fonda is the sort of all-around free and linear-harmonic bassist that thrives in a spacious trio setting and Altschul's use of spacetime. Joe is a critical force here, just right for this gathering.

Jon Irabagon, as this blog continually attests, is one of the extraordinary reedists on the avant-modern jazz scene and he fits in completely with the 3Dom approach in very virtuoso ways. You hear him at first with a bit of Trane channeling but then he expands continually throughout to create significant improvisations in keeping with Barry's legacy but helping also to stretch that legacy into the present.

In short this is one of the most potent, cutting-edge avant jazz ensembles operating today and Tales of the Unforeseen shows them at their very best. It is a triumph for Barry and all concerned. It is trio music of the highest order, free and structured with inspired musicianship, a definite classic-in-the-making! Do not miss this.

Posted by Grego Applegate Edwards at 6:31 AM