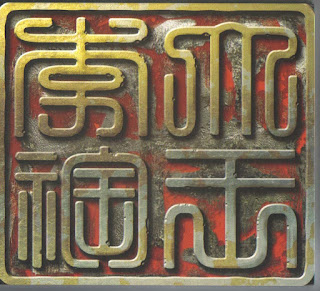 In the past 100 years various advances in technology primarily have made it possible to dissolve earth's borders musically, so that at least potentially all inhabitants so inclined and with the means and circumstances to do so can hear the music produced all over the world and react to it, to make it a part of one's world heritage and to be influenced by it. Before the advent of recording and transportation improvements, some of what we experience now might have taken 1000 years of slow diffusion to produce. Now it is snowballing in the rapidity of what can be the case today.

The world music ensemble "E-DO" and their album Yeominrok (Ponycanyon Korea CD) is most certainly a part of this development. We in the comfort of our local music listening space can listen to Korean music by an ensemble that is steeped in tradition but also reacting creatively to modern "western," or perhaps one might say "pan-world" musical developments.

This is an ensemble that utilizes traditional Korean instruments as well as some originating in the west to craft a music that has traditional plus rock and jazz influences, a music exciting and very well done.

What is it all about?  It is a five-member band headed by Kyung-Hwa Yu, one of Korea's leading percussionists and chulhyungeum (stringed zither) players. The five play a battery of instruments, including an hour-glass drum, gongs, stringed instruments, drums, electric bass, contrabass, pipes and double-reed winds. They are joined by three guests on vocals, keyboards and pipes.

The music combines traditional Korean music (mostly pentatonic) with fusion elements for a most invigorating series of well-arranged, striking pieces. The tonality of much Korean traditional music goes well with rock-jazz-blues sensibilities of the West in the pentatonic elements, so this melding works very nicely and seems perfectly logical. It is the talent and conceptual vigor of the artists that make it all especially good to hear.

Any world and fusion enthusiast will find this music easy to like, I would think. It has excellent virtuoso elements, especially with Kyung-Hwa Yu's chulhyungeum artistry.

It is an excellent listen! Give it a hearing if you can. Very recommended.


Posted by Grego Applegate Edwards at 6:57 AM