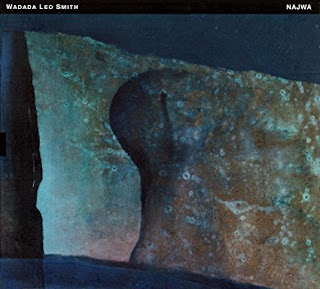 Before the year ends I need to cover an album that deserves to rank among the year's best. I refer to Wadada Leo Smith's CD Najwa (TUM CD 049).  It's an electric freedom here. Trust Wadada to do that right. He heads up a really fine all-star lineup: Michael Gregory Jackson, Henry Kaiser, Brandon Ross and Lamar Smith on guitars, Bill Laswell on the electric bass, Pheeroan AkLaff on drums, Adam Rudolph on percussion, and of course Wadada on trumpet.

It's post-Milesian psychedelic avant music done to a turn. This is the Yo Miles idea allowed to blossom out and find its very personal, conclusive-for-now expression. Any of you who might have been skeptical about electric music, the classic Miles sides, and all the other things wonderful that have come out then and since (and I think you were wrong about that) listen to this and think again. For this in a way is a conceptual, compositional and improvisational culmination of all that. But there is still more Miles and Miles to go in this genre. It is by no means a dead creative avenue. Just listen to this one and use your imagination.

It is supremely balanced, elevated freedom music. And again, if you think we do not need freedom, look around. Some people may think they did it and do it "my way." No way to some of those folks. Your way? No, this way, please. Step forward or step aside.

There is a wonderful balance between AkLaff's churning drums, Laswell's smartly solid bass anchoring, the beautiful coloring and punch or the guitars and Wadada's supremely soulful smarts on the trumpet.

You wonder where it is going yet it is already there and moving ahead always. THIS is part of that.

Whoever you are, and I no doubt know many of you personally, I enjoin you to give this music some close and repeated attention. It is forward moving and a joy to hear.
Posted by Grego Applegate Edwards at 6:42 AM No comments: 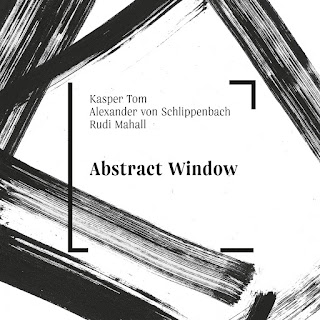 I've come across some threads in social media lately, asking why it is that no major innovators have emerged on the new jazz scene today. A good answer by I-forget-who was that the scene has changed so that there is important work being done, but that none of it has been centrally confined to a few major figures. It is true. Part of that is a product of so much new jazz having become available these days via a combination of numerous smaller boutique labels, self-releases and the major jazz conduits. There are local hotbeds of progressive jazz and improvisation all over the world right now, with a sizable number of artists advancing the music in slow increments perhaps, but at the same time codifying and synthesizing the implications of major and some rather obscure artists who have helped make things the way they are now.

It is true in general also of modern classical composers and avant rock artists. The promotion of the next big thing is no longer a priority with the moneyed music business interests as a rule, and that is not necessarily a bad thing. Absolute hegemony in modern music scenes would kill off much of what is excellent out there that did not fit the bill of the would-be big avant stars of the present.

And perhaps it is so that the mainstream audiences for such things is no longer very large, though one might argue all-the-more dedicated. Much of new jazz is an underground affair. The available work in clubs and concerts has shrunk a good deal in the last 30 years, making it necessary for hyper-local scenes to remain relatively isolated and insular. Like the old territory bands, there are sub-genres in new jazz, quite a few if you take the time to locate them. All this is probably a good thing for the quantity of good-to-excellent new jazz emerging out there. It is decidedly not a very good trend for the economic health of the artists.

With all this in mind I turn to a recent release that exemplifies the importance of new jazz along with its sometimes obscurity. Here we have Abstract Window (WhyPlayJazz RS032), featuring drummer Kasper Tom Christianson, pianist Alexander Von Schippenbach and clarinet-bass clarinet master Rudi Mahall. It is a European free date that allows a very creative and spontaneous frisson of eloquent free invention from three important figures very much active today.

Kasper Tom may be less known but he shows us he is fully worthy to be in the company of these two stellar artists. The program consists of 11 relatively short improvisations that cohere in the best senses of what the jazz-past-drenched realm of freedom in Europe means today.

All three are in mutually coherent dialog throughout, each responding on a three-way channel of independence-through-togetherness synchronicity.

It is an exciting example of one subrealm of free improv jazz that continues to grow and evolve today.

More you will understand if you give this album some deep listening. It is in its own way landmark.
Posted by Grego Applegate Edwards at 7:01 AM No comments: 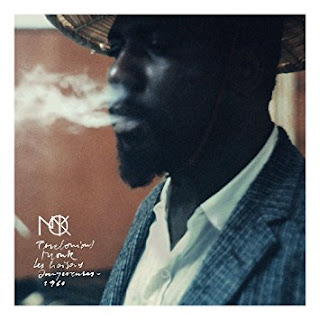 For the 100th Thelonious Monk birthday year we have an issue of a rather obscure Monk studio session from Europe, 1964. It comes in the form of a deluxe 2-CD set. Les Liaisons Dangereuses features Monk with Barney Wilen and Charlie Rouse, plus Sam Jones and Art Taylor. A short version of the spiritual "We'll Understand it Better Bye and Bye" is one of the more unique features of this set, but there are others as well.

An unusual arrangement of "Light Blue" with an off-kilter drum part is also notable, here present in two different versions plus a set of rehearsal takes (the latter of which is not essential).

The band is definitely on it and Monk himself is in top form. We get several solo Monk versions of things and multiple takes of "Rhythm-a-Ning" of "Crepuscule with Nellie," a single take of "Six in One," two solo takes of "Pannonica" and two quartet takes, and so forth.

Any Monk fan will find all of this a delight. If they had left out the rehearsal takes of "Light Blue" it all would fit comfortably on a single CD. On the other hand a Monk devotee would hardly quibble about this, as the content is primo and a refreshing go for this period.

Therefore I do shout the praises of this offering! Monk ever lives.
Posted by Grego Applegate Edwards at 6:17 AM No comments: