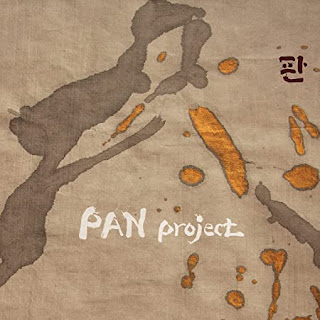 Taking on the present-day musical world in all its vastness can be exhilarating, yet too it can be a humbling thing. We must always be open to the new and the not-yet-intimately known. We should not be afraid to grow, to understand more. Today's volume seems especially relevant to that idea, as it is an adventure in considering from a new perspective the traditional music realms of Korea, Japan and China. The ensemble and the album both are dubbed  Pan Project (Neuma 148). The Pan is taken from the Korean Pansori musical form, the "Pan" being a gathering together, in this case of the cross-cultural and intercultural elements, the rich intercultural East Asian in instrumental performance, in ritual and in vocal, in theatre.

What I will readily admit is my "outsider" knowledge of such things. I hear a primary influence of Korean Pansori, some elements from Chinese opera and Japanese shakuhachi and other stylistic elements, some of which go back to Gagaku, or at least my ears pick up on that possibility here. All this I loosely hear and appreciate without a kind of detailed expertise. The musicianship is very much first rate, the music endlessly fascinating to me. So it is a happy confluence of musical elements to me regardless of a blow-by-blow tracing of roots. There is the general gestalt of a wide confluence on this program and it is rewarding to hear.

The artists come together with great elan and interactive brilliance. Jeff Rogers gives us a finely played guqin, a Chinese seven-string plucked instrument, Ned Rothenberg appears on the Japanese shakuhachi and bass clarinet (many readers will doubtless know his seminal Avant Jazz work), Ying-Chieh Wang plays the Chinese bowed erhu, Woonjung Sim gives us some exciting rhythmic thrusts on Korean percussion, and Sae-Yuon Jeong gives us dramatic vocals with a definite Pansori flair at times. Last but not least there is Gamin Kang on the Korean double-reed piri, the sheng-like mouth organ called in Korea the saenghwang and the double reed Korean taepyeongso.

So even if I do not have a definitive bead on the exact provenance of each musical utterance, I get it and the more I listen the more I hear those cross-fertilizations. It gets your ear involved either way.

An album you East Asian traditional music enthusiasts will no doubt savor and appreciate as I have. If you simply have open ears and do not know much about these traditions, listen anyway and you will no doubt grow with  your exposure.

Posted by Grego Applegate Edwards at 8:21 AM