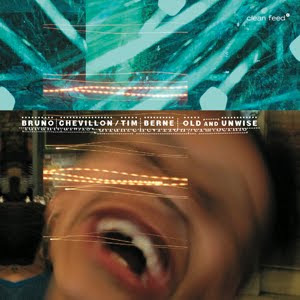 Freedom. Free-dom. What is it? And how do you get it? In music the word denotes something specific. At least in jazz. It means in part starting out a musical performance with the idea that what is going to happen will happen because the players spontaneously put their improvised parts together without a great deal of overt deliberation. They also, to whatever extent. play what they please, without someone dictating to them in some concrete sense. So it could be anything. And when the ensemble has a small number of people, then constraints on the improvisers are even less, at least in some purely "free" situation. So freedom in jazz relies on the maximum of creative input on the part of the players. Such freedom is a part of all jazz to some extent. But so-called free jazz accentuates that. Now of course each player has ways of playing that have something to do with his or her originality and way of musical thinking-feeling. And each responds to the other players. So of course it is not some cosmic random freedom, but a human one that involves intention and will on the part of each musician.

And now we turn to an excellent example of this kind of freedom. Bassist Bruno Chevillon, a name not overly familiar to me, and alto saxophologist Tim Berne, well-known and well-liked for his originality, join forces for the hour-plus session Old and Unwise (Clean Feed 221). It's a series of 11 free duets. It shows Mr. Chevillon a very game player, a very good improvising artist and able partner of the lucid and singular Tim Berne.

Each improvisation is distinguished by a way to go about things. One for example consists of trading short phrases, one more staccato, one legato, one with longer tones, one with rapid exchanges, etc. It is a mark of their rapport as a duo and their individual free imagination that the mood and sound of each duet varies. It also makes what could get tedious just the opposite.

This is high-level music making. It is a testament to Bruno's bass playing prowess and fertile inventive skills that he is a full partner in the exchange with Tim, who has well established his credentials in this arena. Berne is in top form throughout, spurred onward by some very capable bass wielding. The music is more about the notes than about sound color. Improvised jazz line melody is the top priority and they come through the hoop of fire flying freely and gracefully, so to speak.

This one will appeal to all fans of Tim Berne, free contrabass and the creative improvised music scene. Most definitely recommended!
Posted by Grego Applegate Edwards at 4:15 AM