Nicolas Pouzet, Julien Palomo, Elation, A Tribute to the Masters 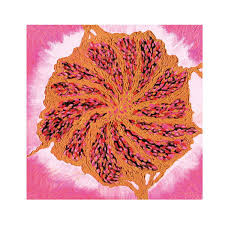 There are albums that come along that you may not expect. What you expect of course is a product of what you have heard. This may be obvious but it goes into my finding Nicolas Pouzet and Julien Palomo's Elation (Improvising Beings 997) something of that sort. It is subtitled "A Tribute to the Masters," and so it is. "One for Simmons," "K-RA" and "A Love Supreme (Acknowledgement)," the three cuts on the album, make clear who the masters are here.

The instrumentation of Julien on Mellotron, Farfisa and synths and Nicolas on soprano and shakuhachi make the ambiance of the session something unusual. Julien's keyboarding has very much of a kind of virtual orchestral fullness to it. He does not play a virtuoso role on this so much as he orchestrates the backdrop for Nicolas and his soprano.

And the key to the music's success and perhaps its unexpected qualities lie in that consistent contrast between the two sound worlds. It in effect puts Nicolas and his soprano in the solo role to a jazz-inflected kind of would-be concerto.

That Pouzet rises to the occasion with some elaborate strengths while Palomo makes the sound carpet lush and full is what stands out when you've heard this once or twice. Pouzet does some impressive playing and Palomo sets the musical table for it all.

After hearing this one my usual five times it stands out as both unusual and substantial. It is music with a depth-charge to it.

I must say I found it very engaging. It is very much itself and what that is has definite expressive clout. Hear this for yourself and see if it doesn't jump out at you.