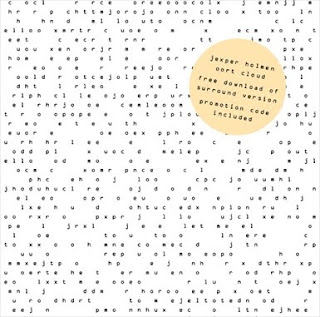 What is an Oort Cloud? It is a massive cloud of comets that surrounds our part of the universe, a great distance away in human terms, but local presumably on the infinite universe level.

Danish composer Jexper Holmen has composed an hour-long work based on the contemplation of that formation. It is entitled Oort Cloud and has just been recorded and released as a Dacapo Records CD (8-226562).

When I worked at Scientific American books, the then-president referred to comets in a launch meeting as "those snoozy things." True. Get one of them in isolation, they are rather just "there." Put them in an Oort Cloud surrounding our friendly neighborhood universe-space and they become rather mysterious and at this point, ineffable.

The same might be said for Holmen's composition. One minute of it will not bring you to your feet with shouts of "Bravo!" An hour of this music very well might. That's because it's the cumulative effect of the musical cloud, hovering over our aural world, that becomes increasingly mystical, as it were, in its ever-presence.

The nuts and bolts of it are as follows: there are two accordionists and what sounds like an alto or soprano sax, situated in a resonant performance space. The accordions play continuous key-less tone clusters that shift gradually note-wise and vary in dynamic levels. The saxophonist gives out periodically with long multiphonic blasts and quieter soundings of same, as well as overtone-rich sustain notes. The key operative here is "sustain." The music is a continuous series of long tones that form collectively a kind of musical equivalent to the Oort Cloud.

It's ambient. It has patches that are fairly dissonant. The resonance of the performance chamber and the continually shifting blocks of unusual sound clusters make for an aural experience that has a kind of expansive effect on the perceiving hearer. It can become a kind of meditation on the mysteries of the universe and that cloud of comets that ring our world. That was what I began feeling as I listened over time.

There is nothing quite like this piece out there.You may love it, you may hate it, but you cannot ignore it. That says something. In that way, as in other ways as well, this music is a ringing success. Don't go near it, though, if you expect some kind of entertainment. It is rather more serious than that. It's almost a form of knowledge. For all that, it is unparalleled among works being produced today.
Posted by Grego Applegate Edwards at 4:37 AM