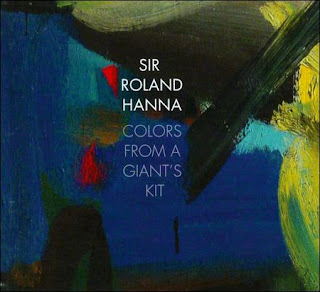 Like Jaki Byard, Roland Hanna was a pianist who had absorbed the entire jazz tradition and his playing reflected that. His posthumously released solo session, Colors from A Giant's Kit (IPO), finds him in the mood to cover a lot of ground. There are some quite fetching originals and well-chosen standards, from Duke through Trane. All of it shows us a more intimate side of Hanna that what you'd get, say, in his work with the Jones-Lewis band.

His more reflective pieces show a bit of a classical-romantic rhapsodic influence. But then he'll turn around and whip off "20th Century Rag," a kind of post-rag rag that gives us a little of the musical flavors of Jelly Roll Morton and Duke Ellington in their early modern zone.

It matters little where you begin this album. Every track is filled with the Hanna sound and approach.

Here's a player that was taken a little too much for granted during his lifetime. Colors From A Giant's Kit shows us some of the pre-post-bop Hanna many of us missed while he was here. It's something we can be thankful was captured on the digital channels of this new CD. Listen and learn.
Posted by Grego Applegate Edwards at 5:08 AM