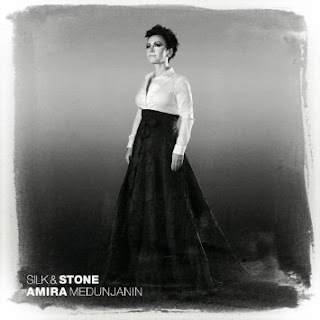 The particular is the universal. I've learned that growing up in the era we currently occupy. In the '50s most music emanated from local sources, AM radio out of necessity; television had both local and national feeds but the regional network broadcast stations decided what feeds they would pick up. My father's record collection was somewhat typical of the local hi-fi enthusiast of his age group. But then my uncle was Greek and he and my aunt ended up opening a travel agency. My uncle listened to European and other international music often enough and my father was influenced. He introduced that world into our listening habits via hi-fi music LPs from Spain and Italy and then Calypso from Harry Belafonte, among other things. From those early days there ultimately came a wider blossoming of interest for and availability of all kinds of world musics, thanks initially to Folkways and some other small labels. From then on eventually one could increasingly sample almost any kind of music from any corner of the world. Even the top-40 charts had its brush with the globe, whether via "Sukiyaki" or the Singing Nuns! For those who cared any number of examples of the local-particular became a potential part of a personalized universal world culture for them.

And so we continue to be fortunate to have available if we seek it out musics from everywhere and anywhere. Today an excellent example of the sort of music one might never have had the chance to hear 60 years ago, namely Sarajevo chanteuse Amira Medunjanin in her fourth album of traditional sevdah songs from the Balkan region, Silk & Stone (World Village).

Ms. Medunjanin's voice is warm and nuanaced, a beautiful instrument she puts in the service of some very memorable music. Since the Balkan region is somewhat new to me musically, I do not know the songs, but they are very melodically alive and range from minor-key Eastern European-Middle Eastern sensibilities to folkish modal-diatonic strains. An occasional odd-meter reminds you of something Balkan music does so well.

The arrangements are quite vibrant and interesting, thanks to the fine sense of pianist Bojan Zulfikarpasic and guitarist Bosko Jovic. Conventional western instruments seamlessly rub shoulders with the kanun and the oud. The piano playing is often quite distinctively nice, and the guitar steps out front on occasion to good effect. Add the double bass and sometimes the more "exotic" stringed instruments and you have some very musical arrangements that help the listener grasp the sense of the song structures.

In the end Ms. Medunjanin's artistry, the beauty of the songs and the strong musicality of the arrangements carry the day. This is one captivating album! Buy it without fear! This particular music as performed so well by Amira and company should have universal appeal for those who love to explore.