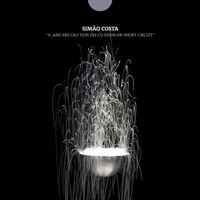 In the world of new music everything proceeds forward without pause. The European improvisational school of new music does not stand still. We have a very good example of that in Simao Costa's recent album Pi_Ano Pre Cau Tion Per Cu Ssion on Short Circuit (shh puma 009). It is a singular, seven-part work for solo prepared piano that includes electro-acoustic alterations via transducers, speakers and objects.

The idea according to the liners is to hear the music as if you were inside the performer's head. There is an immediacy to the music that goes along with that, but there is a good deal else besides.

There are moments that reverberate with the energy scatter of Cecil Taylor, the electronic resonance of Stockhausen in his "Manta" and a little Cage-ian prepared-mystery. But in no sense are these influences given to us untransformed. They are merely stylistic touch-points one might take note of as guideposts when you are wondering what to expect from the music.

The transducers at times alter the string vibrations and cause sustains that partake of the strings' acoustic properties as they make of them an increased coloration.

In the end Simao Costa creates for us an "inside the piano-inside the head" poetics that goes from station-to-station with events that give us sonic adventures to savor and grow into.

I found the album fascinating. You may well feel the same.