Henry Threadgill's Zooid in a 2001 Release: Up Popped the Two Lips 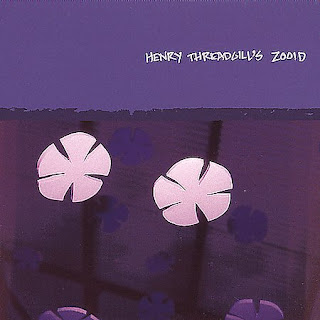 Henry Threadgill is back (though he didn't exactly go anywhere). Mosaic just released a box set of his earlier work, his Zooid group is making records again and he just played a well-received series of engagements at Roulette in New York City.

To commemorate all this and to show my appreciation for his music I turn to what I do have to review, Up Popped the Two Lips (PI 02), which came out in 2001. A friend gave me the CD as a gift last year and I have been digging it. The Zooid group as represented on this recording is a sextet with the unusual but well-utilized instrumentation of Henry on alto and flute plus acoustic guitar, oud, tuba, cello and drums.

The music of the mature Mr. Threadgill is a wonderful combination of contrapuntal lines, both composed and improvised. There are often three, four, five and six-way dialogs among the instrumentalists, with for example a principal soloist (like Threadgill on alto) supported by multi-dimensional lines. There is no mistaking the results as coming from someone else. Threadgill is a master and fully original.

Get this one, get the box set, get the new ones and go see him play. He's that important. You should not miss the chance.
Posted by Grego Applegate Edwards at 4:51 AM