What is the Next Big Thing in Jazz? 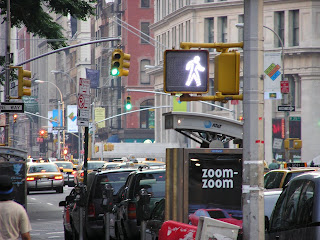 The music scene changes and at what point do we wake up and say, “things are different?” Probably a few years ago. In strictly musical terms however, the hundreds of jazz releases coming out every month, some produced in quantities of 300 or less, make for an almost impossible task for one person to evaluate. None of us can hear all of them, nor I suppose would we want to. The possibility of missing something seminally important is real, but there is also no real trend if you take everything as your compass. Imagine being here back in 1958, let’s say? Hundreds of jazz releases every month like now, yet looking back, there were really important trends in the music—but those were exemplified in only perhaps 30 albums that year--of the 5,000 give or take--or even less. For the most part certain labels were where you best looked for the breakthroughs. You wouldn’t have expected Jubilee or ABC Paramount to be the ones, and they weren’t.

So many more almost non-label releases today though, so many more players spread out over the world, so decentralized a means to disseminate the music, so many gigs gone, so many teaching, it IS a different world. It’s hard to be totally certain where the “new thing” will come from, if it is coming.

And maybe it will stay where it is for a while, many styles existing side-by-side, nothing and nobody taking over the reigns of control. Perhaps that’s better anyway?

Mingus called jazz a folk music. Really, ALL music is folk music. What does that mean? Lots of contributions from lots of people making a music what it is, not some over-towering genius calling all the shots. Does jazz need its next Wagner? I don’t know if I am sure it does. Of course it’s nice from a marketing standpoint if people can say, “Right. So and so is the next big thing. Buy the person’s music and make money for us.” Is that a good thing? It is for that label. For the music? I don’t know.
Posted by Grego Applegate Edwards at 7:07 AM

Labels: jazz and innovation, the state of jazz today