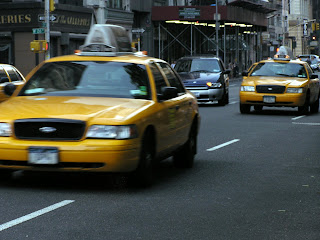 Over the holiday weekend the internet was a bubbling cauldron of con- versation about the question of whether or no jazz "sucks" (see previous posting). A number of musicians, writers and record people were in and out of the threads and I joined in as well.

Reflecting on the many hundreds of words that were exchanged, a few patterns emerged. Some felt that if there was a problem with jazz today it was the big labels that were to blame and how they pushed marginally relevant jazz product at times, things that had no right to be considered jazz. Others lamented that young jazz artists sometimes put out self-released music before they were ready, and that hurt them and the music; still others blamed the self-releases put out by artists who perhaps really were not worthy of a hearing at any point. Some felt that there was a drop off in quality, some not. There was a sentiment that a pronouncement at this point was not necessarily good for the music as a whole; others noted that such claims had been made in the music since its beginnings. Some agreed completely that the "suck" speech needed to be made, since they felt jazz was at low ebb. There was some talk of charlantry, the need to play changes-based jazz before doing anything else, the importance of playing the blues, or on the other hand, the idea that playing music NOT based on changes was not only a legitimate way of proceeding, but an exacting musical discipline in itself when done right.

I don't think any of the points raised were wrong. It is all a matter of the weight you give any particular point.

It was an interesting experience. Coming away from it I find that whatever may be the case in the world at large jazz musicians remain a passionate and committed lot. Nobody wants to be branded as someone in the lousy camp, of course. Yet some also felt that those that sought to aggrandize themselves at the expense of the music were not always being completely honest with the public or with themselves. I brought up the old cutting contest mentality and how the fears of getting cut traditionally led to a sort of arrogant bluster on the part of musicians. "So-and-so? He ain't doing sh_t!" I do believe that attitude can lead to the sort of "jazz is in trouble" rap that we see alive today. I don't know in today's world if that is really much of a help to one's own position, since things have changed so.

We have been in a major recession for a number of years now. Of course that effects the music scene dramatically and jazz is a part of it. With fewer gigs, fewer opportunities to play the music you hear for a major distributor of music, widespread copyright infringement in the downloading world, you see results in smaller sales figures of new releases of "serious" jazz, and a related drop-off in opportunity for artists. The continued sway of the Trad movement also leads to normative demands that become judgemental absolutes when applied to particular artists. Those artists can be seen as having failed jazz by not following the rules.

Well OK all that having been said I think that both a critical attitude and a meta-critical attitude (that is, looking with clear eyes on any general pronouncement about the music) is as necessarily today as ever. If there are that many more releases in smaller quantities, then gauging the overall health of the music is in part a process of weeding through all the "product" and finding what's good. I do know there is plenty of good jazz out there. If I didn't believe that I would have no purpose in writing this blog. I don't think the music as a whole is in trouble. What it needs most is encouragement, financial and personal support, and a creative environment where musicians are not afraid to transgress normative rules of what they are supposed to be doing. Jazz is great when artists break the rules; it can also be great when they follow the rules. But no amount of intimidation by rule followers is going to be a good amount. Learn the changes, or don't. (And if you play changes-based music be aware that if you do the same old chords and apply the same old scalular patterns to the chords you are probably going to sound generic. I've heard so much of that I will admit.) If you have real talent it will come out--and it DOES need to be systematized. Changes-based soloing is one way, but there are so many other musical-pedogogical areas of concern that can flesh out an artist's vocabulary and expressivity. Harmony can be critical. But melody, rhythm, and a personal SOUND may turn out to be far more important to new generations of artists in the future. Or not. We must encourage the players to have courage. We must support creativity on all fronts. And we must be sure our artists are properly paid for their artistry. All will be well if we act in these ways.
Posted by Grego Applegate Edwards at 6:58 AM