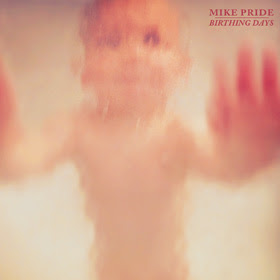 Mike Pride is not just a hugely capable, brilliantly original drummer. He is a composer-concep- tualist-leader of ever-increasing stature. This is shown especially in the sum breadth and depth of his latest releases, two albums of startling contrast. Drummer's Corpse, which I covered last week on these pages, is a mind-boggling avant blow out. Today, the other sign of the proverbial coin, Birthing Days (AUM Fidelity 077) with his From Bacteria to Boys group.

Where Drummer's Corpse is carefully anarchic and bombastic, Birthing Days is anarchically careful, so to speak. It is propulsive, well composed and texturally built modern jazz. It's a group of some heavies. Mike of course is on drums, the deservedly celebrated Jon Irabagon on alto and tenor, Alexis Marcelo puts his stamp on things on piano and synth, and Peter Bitenc plays some very together double bass. To add to the reed solo clout we have guest appearances by Jason Stein on bass clarinet for two cuts and tenorologist Jonathan Moritz on two other pieces.

What's especially nice about this record is the indivisible meld between the cook, the solo firepower and the compositional girth. The written-out parts intertwine in always interesting ways with the hitting at it. It's fired-up and original jazz of today in the very best sense. Masterful, captivating and very original. Molto bravo!