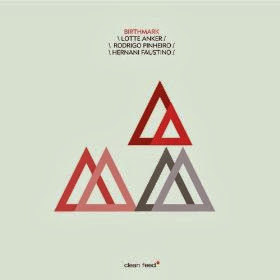 I sometimes have to catch myself wondering how so many excellent players out there can devote themselves to a form of music that offers potentially and comparatively little in the way of economic recompense, yet demands a lifetime of study and performance, a sacrifice often of the comforts of home to be replaced by continual touring. These people are heroes and they should be touted to the skies by every cultural agency that has anything to say about anything artistic.

I speak of those who play advanced improvisational music, called jazz by some, which to me still makes sense because it is rooted there one way or another. People who play music that is avant, free-flowing, are never going to score a top-40 hit, most likely. Those who judge the artistic merits of the music world in terms of number of units sold are never going to get it, no matter how accomplished and advanced the music. Do we judge Plato on how many copies of The Republic he "sold?" Of course not. If we start doing that we are doomed.

So that's what hits me as I listen to a really captivating album by three practitioners of the improvised arts. I speak of Lotte Anker, Rodrigo Pinheiro and Hernani Faustino and their album Birthmark (Clean Feed 267). Lotte is Danish. Rodrigo and Hernani are Portuguese. Lotte is a woman and plays the tenor, soprano and alto; Rodrigo and Hernani are men and play the piano and the double bass, respectively. And of course it is a matter of how they do all that.

This is free music that rollicks. Not that it is carefree, especially. But everything flies out of the three instruments/instrumentalists in such a lucid way that it all seems so easy, easy-going. These are players who make it sound easy. It is far from that. There is nothing more difficult than creating a music out of a musical language very few speak fluidly and make it make sense. These are ultra-fluid speakers of the new improvisatory language and their three-way inventions have the quality of a profound conversation among equals on topics that are very central to their beings.

There is as much "new music" discourse here as there is "free music" discourse. It's very abstract yet filled with feeling. There is an attention to the sound, the timbres, from all three that is uplifting. Lotte coaxes her own particular tone-personality out of the three saxes and her note choice has very much something personal as well. We've encountered Rodrigo and Hernani before on these pages and they are as effective as ever. Rodrigo works with cascades and string manipulation or sometimes just brings out of very appropriate super-rubato two-hand counterpoint. Hernani makes full use of the contrabass and what it can do arco and pizz. He listens and responds with what seems exactly right and also initiates the conversational segment when it seems time. He's right there in ways that make it work, and a joy to hear.

These are three artists at the top of their craft making a spontaneous music that rings true and has real locutionary power. Birthmark is a genuinely exciting contribution to the music. So, listen already, OK?