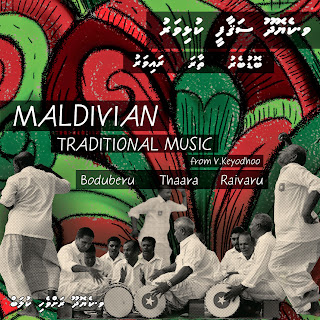 Something different? What about music from the Maldive Islands? They are off the coast of India and now are independent. There is a recent 3-CD set out (though I have only heard one disk for preview) called appropriately Maldivian Traditional Music.

The music on the DL I got for review consists of male vocal music, in unison or as call-and-response with hand clapping and hand drumming of a vibrant sort. It is stirring, elemental music that sounds related to Sufi music from that part of the world and pockets in the Mid-East.

This is music seriously intended, not in the least bit "commercial" but DIY traditional. I don't know what else is covered in the set, but this bit of music is enlightening and moving on the primal level, with in some ways a music that crosses the borders between African, South Asian and Mid-Eastern music sensibilities.