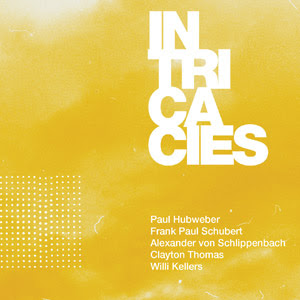 As this Monday in the heart of September dawns I can hear the extensive traffic making its way into Manhattan on the local Interstate some five blocks away from my I believe soon-to-be-abandoned home. Like in years past when I traveled that route into the city daily, individual and commercial traffic has once again amassed to put the big push into the season ahead, filled with people scurrying and striving to do the will of their masters, and trucks filled with various crap destined to be sold during "Black Friday" and the "Christmas rush." Peace on earth and good business to retail. As for many years since the downturn, I am not included in that mad dash to the holidays. For a number of years that traffic sound diminished greatly with the recession but now it is back. I may no longer be needed in this commercial orgy, so instead I write about some "crazy music" surely not part of the mad accumulation of riches, nor am I in any way compensated for these sometimes Herculian efforts. I set the stage for this review because surely this music vividly contrasts with the common denominator cash-dash that surrounds me. And that to me heightens the contrast between "free, avant jazz" and the creation of "product" that otherwise is in this world I am in, central and all-encompassing.

What would the group of musicians gathered together on the two-CD recording today, Intricacies (NoBusiness CD 74-75), think about it all, let alone the owner of the label so aptly called "NoBusiness"? They are surely aware that there is a gap between what they do and "business as usual." Avant garde improvisation is NOT a business. It stands outside of the world of commerce, for the most part. It is judged by standards, surely, that have nothing to do with financial success, that instead dwell in the realm of creative artistic expression not meant to "sell" much.

And who am I, the enthusiast and sometimes participant on the new musical arts? It is of no importance outside of the small circle I inhabit--the creators, the supporters. So no matter.

What matters in the end is the music. Intricacies gathers together five intrepid free arts practitioners, holding forth at the B-Flat club in Berlin on a February night in 2014. You may know Alexander von Schlippenbach, who is on piano throughout. You may be less familiar with his associates, Paul Hubweber on trombone, Frank Paul Schubert on alto and soprano, Clayton Thomas on bass, and Willi Kellers on drums. They are all very good.

Paul Hubweber plays an extroverted and adroit role in the ensemble as the trombonist. Frank Paul Schubert, too, has much to say on reeds. As expected von Schlippenbach comes through with a pianistic fluidity that lives up to his near-legendary reputation in the free music world. And both Thomas and Kellers give us a rhythm section that ranges far and wide to push it all forward.

This is a solid block of excellent free improvisation that lets the collective take its own way through the open possibilities of what can be. It is free music with the individual stamp of the players, in the manner that you might expect in the Euro realm of the music today, by those who show prodigious "jazz" roots in what they do, but with the slant of this special group of players on a good night.

So in spite of the turmoil of commerce and its selectivity of who grabs the most goodies and who perhaps gets nothing much from it, there continues the art forms of those pretty much on the outside of it all. And the music expresses something of the "beyond" I guess, of not being in the center of it all, but creating a creative center of its own with the reward of being recognized by the avant community? Yes. So I might say that here is an audio product of that "outsideness" that is worth your attention. It is exemplary music, something important to the collective, good music with no pretensions or ambitions in the commercial sphere, yet music that captures our times with creative zeal, uncompromisingly of our world without going by rules others might think central to it.

So I do suggest you buy it and in that way buy into an alternative to the mad rush of big profit and big doings. This is small doings. Small but someday no doubt recognized as an important part of the creative world today? Yes, I hope for that.