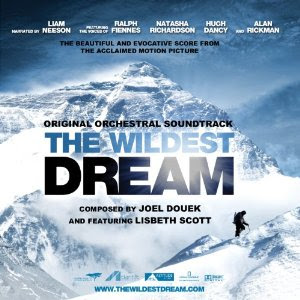 When you think about it, a good movie soundtrack gives the opportunity for any old average everyday person to be exposed to forms of music that might not otherwise reach his or her ears. While a person is busy watching a movie they get the music without having the pressure of a "pure listening" situation.

Historically the orchestral soundtrack was a given, though the early days of the medium sometimes found an orchestra recorded in less-than-ideal conditions, playing less-than-ideal music. Who hasn't watched an otherwise wonderful old movie and winced at the content-bowdlerized romantic cliches, the orchestra sounding like it has been crammed into an old shoebox? Soundtrack examples by Korngold, Copland, and their ilk were exceptions to the rule of painful mediocrity that more or less prevailed, both in content and sound quality.

Things of course have changed. For those soundtracks that still rely upon a full orchestra, the sound quality is at worst acceptable to the sensitive ear. And the movietone cliches have mostly gone the way of obsolescence, like the "sweet" bands of the '20s-'40s and the easy listening sounds of a Mantovani.

Of course that is not to say that every soundtrack is a gem or that cliches never occur. It's just a different breed of them one encounters.

With all that as an introduction on this Easter Monday morning, I bring to your consideration Joel Douek's soundtrack to an Everest exploration adventure recounting of George Mallory's final, tragic expedition to climb Mt. Everest in 1924, as portrayed in the movie The Wildest Dream (Altitude AF01CD). Now I have not seen the movie, so I cannot comment on the soundtrack's effectiveness vis-a-vis the unfolding of the story. I approach it here as pure music.

The sound quality is excellent. The Prague Symphony Orchestra turns in a convincing performance, as does vocalist Lisbeth Scott for her cameo. So now what of the music? If we take Joel Douek's engaging score as paradigmatic of what is happening now (perhaps a dubious proposition if this were some scholarly diatribe, but it isn't) we see some interesting tendencies. Yes Romanticism is still with us with these sorts of things, but it has been evolved and altered over time so that it no longer sounds like B-grade Tchaikovsky-Rachmaninov pastiche. It's a late sort of Romanticism for one thing. And newly present is the cavernous soundscaping, along with a modern ambiancy, a more highly evolved orchestrational usage that comes out of the past 100 years of orchestral composition--from the Impressionists through to the high-classic Avant Garde and the Minimalists that followed. Corigliani's music for The Red Violin comes to mind, and not necessarily to the detriment of Douek and his score.

No, there is nothing inferior going on with this soundtrack. The awesome bleakness of Everest comes alive here in singularly ravishing beauty, especially in those passages where choir joins orchestra. At the very end there is a kind of singer-songwriter thing, a song sung by Lisbeth Scott that no doubt might get some sort of crossover radio play. It's a very attractive song. But it's the orchestral-choral music that most captivates to my ears. I am reminded of Sibelius, spaced-out in a post-everything-that-came-after context.

So if beauty grabs you and you don't care what modern things are missing from a piece of music (you can get that elsewhere in any event) I think you'll find this thrilling, ravishing, irresistible. It most certainly stands on its own. It stands tall. We've come a long way from the cheesy Tchaikovsky-orchestra-in-a-shoebox days.
Posted by Grego Applegate Edwards at 6:05 AM