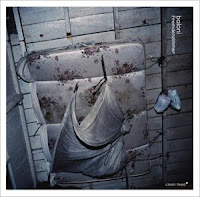 Some improvisational music today, especially that coming out of Europe, has roots more in "new music" than it does in Bird or Bud. There is a distinct enough sub-genre there that Bob Rusch has dubbed the entire overarching musical category "creative improvised music." It's another aspect of the debate on the use of the term "jazz" and I personally can't say that there is an easy answer to any of it--other than to say that if you remove the identity politics element, there is a continuum between modern jazz on one end and new music on the other, with rock and electronic influences in the middle. This is just so. Let us give credit to those who deserve it and reserve condemning any of it if it doesn't fit in with the ends or middle of the spectrum. The debate may be an assertion of identity in times when almost nobody playing undiluted improvisational music is financially solvent unless they teach, at least over here in North America. I think that's the principal defining impetus behind everything. Now I could be wrong but what matters to me is music first of all. The rest is always a huge factor in social life but not on the musical level in some ultimate sense.

So today we have a trio called Baloni who falls most definitely into the new music side of the spectrum. They play an abstract sort of chamber trio music that flows nicely, has musical high points and engages fully the creative ideas of each of the players.

The album at hand is Fremdenzimmer (Clean Feed 237). Baloni is Joachim Badenhorst on bass clarinet, clarinet and tenor, Frantz Loriot on viola and Pascal Niggenkemper on doublebass. They play eleven improvisatory pieces, some longer than others, but all showing very good inventiveness in the realm of spontaneous form, with compositionally pre-planned ideas coming in at times as well, apparently.

It's music that one who doesn't know already what is being attempted will find puzzling. Those people need to be educated and our media (Statewise) has no doubt no intention of ever addressing the issue. It's part of world culture, part of our culture! It's something we should be proud to know. Not, as we've seen, according to barbaric money-changer media moguls that control most of the airwaves. A pity. A crime. No, they say we should be concerned with who is wearing what crazy gown at the Oscars. Even though not as many are going to the movies these days. Who actually saw the winning pictures at a theater? Well I suppose that shouldn't matter. Nonetheless the same old pap prevails in our unregulated cultural mass-media lives. Stars have become much more important than what they actually do, if anything. Fabian and Tiny Tim should have given us a warning of what was coming? There are generations thriving now who never heard of either but nonetheless worship the latest equivalent of superficiality, the Tims and Fabians of 2012.

Do something about it. Listen carefully to this CD and other worthy examples in all the improvisational spectrums that prevail today. You'll be supporting people directly. You'll be all the richer in your cultural life!
Posted by Grego Applegate Edwards at 5:38 AM