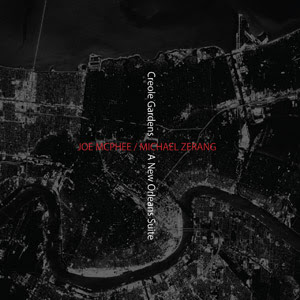 It has now been well over 50 years since Ornette Coleman recorded his classic Free Jazz date. The music of open improvisation continues to thrive, as it has steadily marched forward through the rein of nine US Presidents (one of course currently ongoing), the rising and fading of countless ephemeral fads, wars, recessions, moon landings, voodoo economics, the leveraged buyout, disco and the rise and fall of CB radio. So why is it still controversial? The answer to that is complex, and the dumbing down of the cultural terrain no doubt plays a part.

So we press on, leaving aside for now the question of the reception of cultural legacies over time.

One of the scene's most consistent innovators in open improvisation is Joe McPhee. He has held forth for many years as master of tenor, alto, soprano and trumpet, a member of Trio X, a bandleader of stature, a player of striking creativity and inventiveness, a composer of both instant and considered form.

In September of 2009 he and drummer Michael Zerang played a live duo concert at the BIG TOP in New Orleans. Fortunately the recording machines were rolling. We now have the results of that gig in the form of a newly released CD/LP Creole Gardens (A New Orleans Suite) (No Business NBCD32). The music is dedicated to NOLA legend, master drummer Alvin Fielder.

The music is in the form of a continuous hour of creative improvisation, McPhee going to pocket trumpet and alto sax, Michael Zerang concentrating on his drum kit. The result is some genuine music of adventure. Echoes of NOLA's past can be heard as an understated and implied backdrop, but primarily this is spontaneous interaction of an advanced sort. Michael Zerang is limber and articulate, freely creating timeless figuration or dropping into various loose grooves. Joe McPhee generally builds each section around melodic phrases that he uses as springboards to variations and excursions of pure discursive soul.

Hey, this is one very nice set. Recommended.
Posted by Grego Applegate Edwards at 4:36 AM