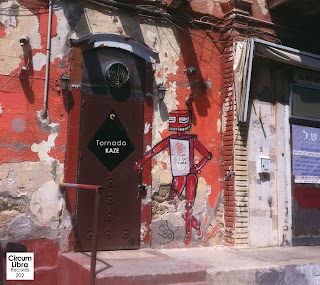 KAZE is a dynamic new quartet that blazes trails while they blaze. It perhaps is what you expect from pianist-composer Satoko Fujii and her trumpeting-composing cohort Natsuki Tamura, but maybe not exactly? Actually this is the second album by KAZE, but they sound so together it could be the tenth. Along with the two are trumpeter Christian Pruvost and drummer Peter Orins. The four together meld with single-minded creativity.

It's free-avant music but very much directed by compositional arches. There are five numbers performed on the disk, two by Fujii, two by Orins and one by Tamura. There is something Zen-rock-garden-like in this music, only set on fire at times. Every note has concentrated power and the spaces in between no less so.

The performances are exhilarating. From Orins' sensitively dynamic drumming, Satoko's highly supercharged, creative, well-timing piano outbursts to the edge-of-the-sound-and-back trumpeting of Tamura and Pruvost, this is outstanding avant music.

One of the best I've heard this year!

Posted by Grego Applegate Edwards at 7:37 AM