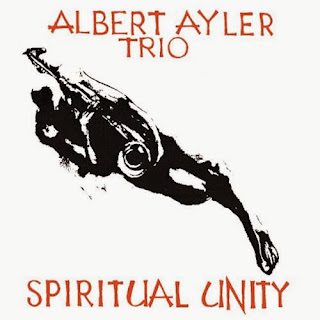 Yesterday, July 10th, marked the 50th anniversary of the first recording session for Albert Ayler's seminal release, Spiritual Unity. ESP has created a special expanded anniversary edition that includes an extra cut, a version of "Vibrations" that was accidentally included in an early pressing of the disk but otherwise has not been previously available as an integral part of the complete sessions. Now it is. That's a good thing.

I wont re-iterate what I said about the importance of the disk to the world of free jazz. For that you can go to my review article of Tuesday, February 23, 2010 on these pages.

ESP has also put together a full-length narrative The Albert Ayler Story, a download-only set with four-CDs worth of interviews and selected cuts. I've not had a chance to listen to it but you can get it at a limited-time special price if you go over to the ESP site and buy it there. http://espdisk.com/official/catalog/4072.html