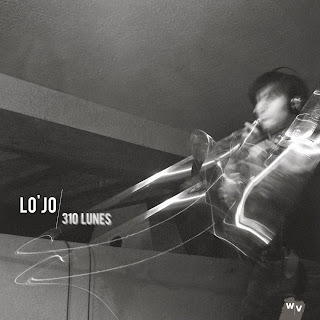 The uncategorizable French band Lo'Jo has been flying forward with an unpredictable melange of songs, world influence and jazz and/or rock inflections. Their first album came out in 1989. They celebrate their longevity in an anniversary set 310 Lunes (World Village 479102.03).

It contains a reworking of pieces previously recorded but this time rearranged for five piece brass-wind ensemble. Roswell Rudd is on one cut. That's the first disk. As a bonus, the second disk contains their long-unavailable first album from 1989, The International Courabou.

The first album establishes the band with an extraordinarily eclectic mix of funk, rock, world and you-name-it. The anniversary disk gives you a very appealing instrumental set that goes from Klezmer-Baltic to compositional to songlike structures.

They may not be extremely well-known over here in the States, but this anniversary set will give you the chance to sample their very adventuresome swath of stylistic fusions. So you may well want to get into this one!