The Jonathan Parker Group Holds Forth From Shanghai 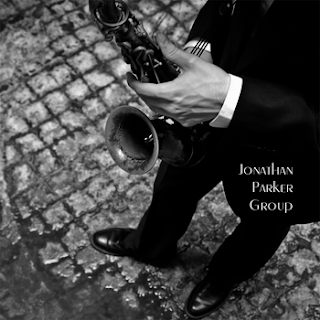 Where I stand with hard bop is where I stand with a number of styles. It has to have that "some- thing" or there's no use even trying. Hard bop done right is not a music that some old lady would say of, "Oh my, that's nice!" At least not the old ladies that were old when I was young. The one's with the floral sack dresses who could still make cookies like they came from heaven. Cookies and old stories they were an excellent source for, but you would not be likely to find them popping on a Blue Note scorcher by Lee Morgan.

As we sit perched on a time crest that my calender insists is 2011, we have seen the rise, fall and rise of a number of styles. Hard bop is one of them. Like anything subject to flux, its triumphant return does not necessarily mean it has come back exactly as it was when it more or less became under eclipse. At least not in the right hands.

Such hands I would assert belong to Jonathan Parker, an altoist-bandleader who has spend a number of years in China, and recorded an album with his group over there simply dubbed The Jonathan Parker Group (self-released, no cat #). It's him with a piano-bass-drums quartet and cameo appearances by four additional players (bone, tenor, guitar, trumpet).

Jonathan clearly has dug Bird, Jackie McLean, and probably Phil Woods, and no doubt others. He has a searing tone that goes well with the fiery lines he coaxes from his horn. They are supercharged, which is only fitting for a hard-bop date. His fellow musical compatriots are primed and know the idiom well.

The set of originals on the album are worthy vehicles for the swinging-blowing goings on. And the goings on will appeal to anyone who digs the style. With the compositions and the way Maestro Parker goes at it, this is in the realm of EXTENSION, certainly not REGURGITATION. So bravo for that!

You can get a nice sounding download of the album for $4 at http://jonathan-parker.bandcamp.com. For that amount, if you like what you read here, you can hardly go wrong.
Posted by Grego Applegate Edwards at 5:14 AM