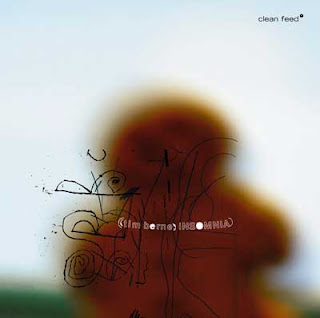 Anybody who follows the avant jazz scene knows that Tim Berne was a major force in the music a while ago. I guess the '90s were the most visible years for him. I don't know that he's been anywhere other than around after that, but it seems that his presence has been somewhat less. It could be that I've simply missed some of the releases and I don't get out clubbing much these days due to a poverty element in my life.

Be that as it may his recent release inSOMNIA (Clean Feed 215) finds him in excellent company with plenty of conceptual thrust. It is a rather large band by today's standards, an octet, and the lineup is filled with some heavy hitters--namely Baikida Carroll, Michael Formanek, Marc Ducret, Dominique Pifarely (violin), Erik Friedlander, Chris Speed, Jim Black, and of course Tim Berne himself.

It's a session that consists of two long pieces with much in the way of free (and often collective) improvisation, pre-arranged ostinato motifs, ensemble parts and a lot of atmosphere. In many ways it's a continuation of the larger group excursions Tim Berne has done. There's a kind of stylistic unity to what he's about. One thing follows out of another with a logic and the Bernian identity stamp, so to speak.

In the end the music satisfies and sounds contemporary without pandering to the peanut gallery. Tim Berne has that serious streak in him that comes with a dedication to doing something modern and substantial, something that has a particular sound yet allows the soloists plenty of free play within the context of the music.

Well worth checking out!
Posted by Grego Applegate Edwards at 5:06 AM