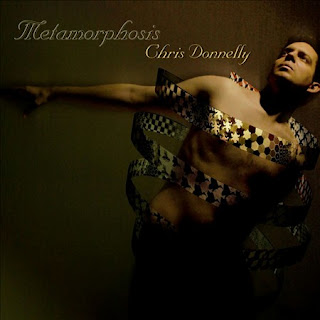 Though Chris Donnelly's Meta- morphosis (Alma 32212) comes with a cover which will surely not win any graphic design awards, the music contained within has much to interest lovers of solo jazz piano. First things first: unless a pianist is coming out of the freely driving camp of players headed by the remarkable Cecil Taylor, the influence of Keith Jarrett almost invariably makes itself felt, to greater or lesser degrees. That's true in a sort of formal sense with Chris Donnelly's opus. There are turns of harmonic-melodic phrases here and there that suggest that, as there is an overall musico-dynamic arch that shows the influence of Jarrett's modern romanticism. That's the case up to a point with this recital, but then the rest is what Chris does, his originality. Part of that can be heard in the contrapuntal independence of left and right hands even as he is playing a changes-based passage. It's not the standard chords in the left hand and melody solo in the right, most of the time.

This is a pianist of stature and originality. He works himself out of the bop/postbop tradition to some new spinoffs that show creativity, imagination and a mastery of the underpinning modern jazz structures.

Piano solo aficionados, you should hear this. Most definitely.
Posted by Grego Applegate Edwards at 5:06 AM