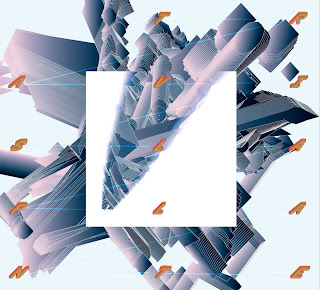 In some ways the solo saxophone set is the hardest genre for the music writer to evaluate. It is by nature a very personal statement, one man (or woman) alone with the instrument, seeking to make some sort of impactful utterance. Aside from downright incompetence, what factors does one consider when listening? Who is to say that so-and-so should have done this or that, instead of what he did?

Travis Laplante's Heart Protector (Skirl 018) brought such thoughts to mind as I listened. And it was only after I had absorbed the full impact of the entire set repeatedly that a clear picture came to mind of what I was hearing.

There is no question of incompetence here. Everything shows facility and control. It's far from bebop. Now most solo sax disks are, so that isn't something that needs to detain the listener.

There is a formal kind of progression in the five parts on the disk. Laplante goes from harmonics to rapid, two-note alternations with overblowing and underblowing changing the pitch and timbre shape; to overblowing outness a la Ayler; falsetto tones and harmonics; rapid, repeated three- and four-note figurations, again over and underblown to produce variations in harmonics and pitch, evantually modulating to other note-cell structures; and finally, a somewhat pure-toned rumination on a key-centered melodic figure.

In the course of all this Laplante has in common with numerous other modern saxophonists the extension of the sound of the instrument in a jazz vein and an expressive tumultuousness.

Is he better than others doing this? No. But in the end you feel that he has put together a kind of sonic suite that after you've heard it a few times hangs together and stands out in the mind as more than a standard blow-out might in certain hands. It all fits. And it is not fashioned of cliches. So we have something well-conceived. There are only 30 minutes of music, mind you, as a vinyl release. But there is nothing superfluous here, either. It's available as a CD too.
Posted by Grego Applegate Edwards at 5:30 AM