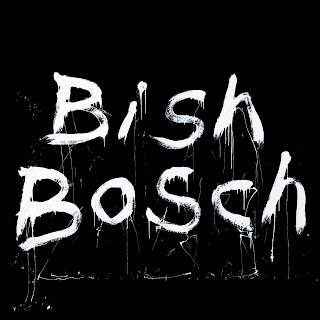 Good heavens! Wikipedia tells me that Bisch Bosh (4AD) is singer-conceptual musician Scott Walker's 14th studio album. Really? I must have been in a pod-freezer someplace because I've missed them! It does help explain the full-blown maturity and well-developed personal originality that you hear on this album.

He is creating an avant sort of electric soundscape rock that has no clear predecessors, except perhaps Beefheart, the father-son Buckleys (Tim and Jeff) at times. . . who else?

It has a lyrical content that is poetic art. The music is very creative and rather outside, mostly. His vocals are inimitable, slightly hysterionic but to a specific end. There is an almost chant-like quality in the vocals the way they lay out across the musical backdrop/foredrop.

I can't say there's anything like it going on out there today. Not everybody is going to find this to their taste--especially if they are not avant inclined. Those who are will probably take to this like I did.

Tabula rasa time in an age where the pages are disappearing to be replaced by pixels. Tabula pixata? Either way this one is something to hear!