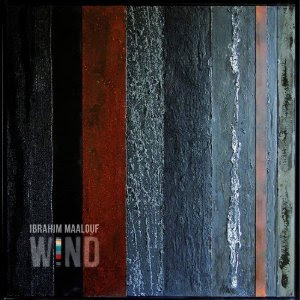 Imitation in jazz is not something recent. It goes back. And it's true of all musical pathways. Some imitation tries to disguise itself as innovation, and that's where things get sticky. Other imitations openly acknowledge the debt and manage to say something very new with something less new as a springboard.

Music moves forward when this happens. Take Ibrahim Maalouf, jazz composer, trumpet wielder, arranger. He makes no bones about what he is doing on the album Wind (Harmonia Mundi Distribution). It's music written for the silent film "The Prey of the Wind." Maalouf set out explicitly to create the music as a homage to, and extension of Miles Davis's late '50s soundtrack to Louis Malle's "Elevator to the Gallows." At the same time Ibrahim wanted to utilize his quarter-tone trumpet to get further extensions to the sound he heard.

He assembled a quartet that included Mark Turner on tenor, a group that could not only get with that spacious, moody late-'50s Miles thing--and especially with that soundtrack, VERY spacious and moody--but at the same time feel comfortable with the Mid-Eastern, North-African elements of Ibrahim's music.

Wind is the album that came out of the project. It is dedicated to Miles, understandably. By starting out with a homage, Maalouf has created something that doesn't just extend or imitate the Miles of that point in time, it becomes strikingly its own music. Maalouf's trumpet playing is something to hear, and the compositions-arrangements feel like a complete contemporary statement, the real thing. And a very good thing at that. It's striking!