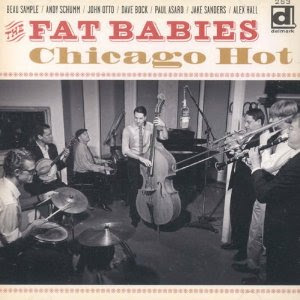 There is a difference between what has come to be called Dixieland and the jazz of the '20s as it was played in its original setting. Some Dixieland is excellent, but it is not ordinarily true to the ensemble sound of the originals. The rhythm section--drums, banjo, string bass or tuba--needs to be just so. Ensemble improvisations and group arrangements became cliched often enough in later versions of the music. There was a formula in the ordinary Dixieland bands; there was inspired post-foundational zeal in the best of them. But for the most part they weren't quite like the originals in style and intent.

There have been some excellent stylistic recreations over the years for which these reservations don't apply. And there have been some misguided attempts as well. We won't rehash them here. What matters is that there's a band of rather young guys over in Chicago that have taken pains to immerse themselves in the style as it sounds on the recordings that remain alive and accessible. And they've put together an impressive recreation of some masterworks. The Fat Babies is the name of the band. Chicago Hot (Delmark 253) is their first album.

It gives you the full fidelity versions of things that King Oliver, Bix and others made popular and famous in Chicagoland then. And it does it with great devotion to the style. The joy and love of enthusiastic recreation comes through strongly on this disk. It is a hoot!!