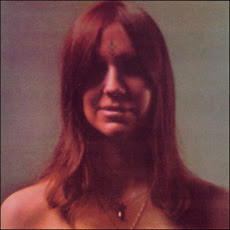 Patty Waters was ahead of her time, a vocalist in the free jazz, new thing zone, a whisperer, a screamer, a poet of the vocal chords. She and Abbey Lincoln, then also Jeannie Lee, set in motion a tidal wave of vocal stylists, perhaps slow to crest but steadily surging forward, even today.

Go back to 1966 and that spring, when a number of ESP disk new thing artists went on a college tour which was recorded and produced a number of fine disks. One was Patty Waters' second album, aptly titled College Tour (ESP 1055CD). A new edition remastered is out now as a DL and at the end of the month on CD.

It features Patty with three pianists--Ran Blake, Burton Greene and Dave Burrell, who looking back were about as fantastic a three as one might hope for in those days in the free zone (missing of course Cecil Taylor and Paul Bley, but one cannot have everything. They were no doubt working elsewhere at the time). Giuseppi Logan has some nice but all-too-brief time on the flute. A rhythm section of Perry Lind on bass and Shelly Rusten and/or Scobe Stroman on drums add the final touches.

Her version of "It Never Entered My Mind," with what sounds like Ran Blake on piano, was and is a paradigm for the free recomposing of standards we hear even today. It is a high point of the disk.

The rest is vintage Patty. Anyone with an interest in the roots of avant vocalisms in improvisational music should hear it (and the first record) and those who have heard it for years (like me) will appreciate the remastering.