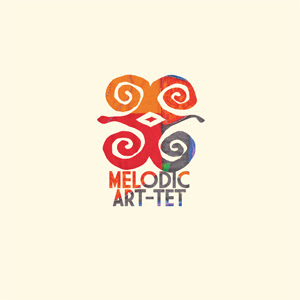 The Melodic Art-tet was an inspired band from the '70s that never quite got the recognition it deserved. A full-length WKCR broadcast from October, 1974 (No Business CD 56) tells the story with a full 80-minutes of music. The band by then consisted of Charles Brackeen on flute, soprano and tenor saxophones, Ahmed Abdullah on trumpet, William Parker on bass, Roger Blank on drums and Tony Waters (Ramadan Mumeen) on percussion. Now that is a heavy gathering, so you would expect high-level Afro-New-York modernity at its finest.

And you get it. Charles Brackeen, Ahmed Abdullah and William Parker are the kind of soloists you can expect lots of great invention from, and they do not disappoint. The rhythm section of Mr. Parker, Roger Blank and Tony Waters combined makes up the sort of conjunction where you expect the feel to be strong. And again this date has all of that.

But of course this was a band that worked on compositional ideas too, getting the concept-composition and surrounding, freely articulated improvising to mesh beautifully. It's a band that had intertwined both elements in ways that stand out, now as then. All the compositions are by Brackeen save one, which is by Abdullah. They work so well with the band that this long set seems to go by in a flash.

The music is great and the band is very much a single unified thing. Everyone however is outstanding. Brackeen, Abdullah and Parker by then had become masters, Blank a drumming dynamo of the first caliber, Waters an excellent percussionist. There are some fired up moments when Ahmed Abdullah really takes off that especially stay in my mind afterwards, but it's all good. And so they excel as a group and as themselves, so that five plus you equals one when you are listening.

An excellent date. We are fortunate that the session is coming to light. Highly recommended.