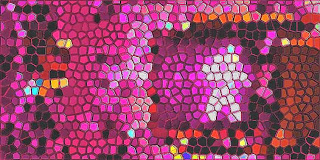 There's a predictable but dismally self-serving cycle in the jazz community of late. Somebody who either doesn't matter or doesn't get attention paid to them says something that could be interpreted as maligning "jazz". Everybody gets indignant, outraged and defensive with a "circle the wagons" and "protect the settlers" mentality. They put forward their names, expose themselves as the "real champions" of the music, get publicity, but then otherwise the effect is nil. No one is converted. The Illuminati are comforted, maybe, but that's about it.

If the major print media are in trouble they most certainly aren't going to turn to jazz to save them. They don't give a damn about it in the end and in fact they don't likely know anything about it these days. Hell, even rock does not get covered fairly or squarely in the media now--it's about the chart-topping common-denominator figures and nothing really to do with music. So let's face it, with some exceptions the mainstream establishment media is not the place where jazz will get its due.

Jazz has gone underground, much of it. It may stay that way. Nonetheless it's the jazz underground where you need to look for the health of the music, the players who struggle on without much recognition, the writers who cover the most interesting of the players (not necessarily the NAMES) out there for the love of it, the audiences who no longer look to establishment spokesmen to ratify the knowledge they've gained by sheer street-level involvement.

These are the people to extol and these are where to look for the good things, where the future of jazz lies. Or so I think. I am posting this here because I am sick of the sensationalist approach to the music. And as far as I am concerned there's nothing more to say except "listen"!