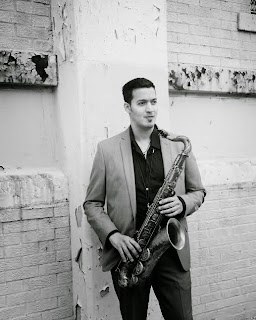 New and very good jazz players keep on coming up and that's good news for the fans. Take Nir Naaman, who I did not know from Adam. Until now. He has an album out, Independence (self-released), and it shows him in a very good light. George Cables, the piano legend, produced the album and plays piano on all but three tunes (Roy Assaf spells him for the others).

Other than a couple of standards the compositions are all by Naaman. They have grit and interest, all of them. Nir plays tenor, alto and soprano throughout. He is a player of poise and soul. You can hear his rootedness in hard bop, with a little of the edginess of Jackie Mac on alto, but also Trane and post-Trane, and something from his musical upbringing in his home in Israel. There are, in other words, Israeli melodic-tonal elements, even sometimes in the way he intonates certain notes in a mideastern scalular way. But more than that he has line-building facility and a sureness that goes with his original take on the modern way.

The sidemen are all up for it and come through well. Marcus Printup plays a hard-edged trumpet on three tracks; Dezron Douglas plays bass with authority; and the drum chair is shared with Gregory Hutchinson and Ulysses Owens Jr., both coming through well.

The Trane-meets-mideast mode especially sounds good to me. But it all testifies to Nir's genuine facility and musicianship. He already has a sound. I look forward to more. Well-done!