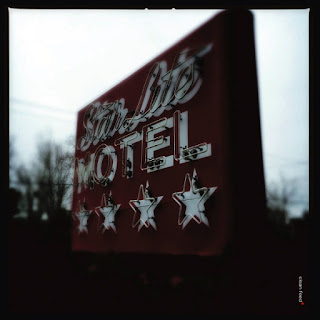 I am no doubt no different than any other musically-minded listener who plays close attention to certain sub-styles of music in formative periods. There was a synchronicity I experienced sometime around 1972 as I had assimilated at least the basic classic free jazz of the preceding era, which when combined with things like Miles Davis's most ambitious electric music beginning with Bitches Brew and onward to his other groups of the time, plus what was going on with Tony Williams Lifetime especially in the interaction of Tony with organist Larry Young and guitarist Tony Williams, and the best moments of the psychedelic bands of the classic sort, well all of that came together in my head and I expected the future to hold much more in the way of a continuing synthesis and development of these strands. Then something happened. A conservative backlash called into question anything electric and/or most everything "outside" and the promise of the future had to wait.

Thankfully the future eventually made space for the electric outness that had all but ceased to be recognized in the darker times. Needless to say, acoustic improv has come a long ways from then to now as well.

But with something like the album before me, Awosting Falls (Clean Feed 364) by Starlight Motel, I feel like that long delayed synthesis is finally making very excellent progress. It is a very electric quartet with four of just the right people, Kristoffer Berre Alberts on alto and tenor, Jamie Saft on organ, Moog and lapsteel guitar, Ingebrigt Haken Flaten on electric basses (including a Univox Hi-Flyer bass, hey!) and Gard Nilssen on drums, percussion and electronics.

This is not the only band to be making the out-electric jump these days but it is an especially good one. Jamie Saft is a key to all this, taking the implications of what Larry Young was doing and taking it some steps further. Ingebrigt I know more for his contrabass acoustic excellence but he is firmly in the cat-bird seat as a heavy hitting electrician. Kristoffer has the big, brash outside sound that is perfect for all of this. And Gard plays some spiky blasts and tumbling excellence on a rock-weighted drum set, all to great effect.

In the end I cannot tell you what to hear. That will be up to you. But this one has a tremendous energy and iconoclasm that opens up a clearing, scuds over the safe and leafy outcrops and plants with something both new and old-still-dangerous. What Jamie does on organ is a must-hear, but then everybody is totally on top of it.

This is the sort of music some people will hate. That is a good thing. If everybody loves it, there is probably not enough head clearing going on? It sends me anyway. Suit yourself but the future may well be here after all, just delayed a while. Starlite Motel may well be part of it. Listen if you dare!
Posted by Grego Applegate Edwards at 6:14 AM