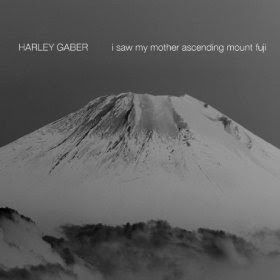 Harley Gaber in my mind will always have the distinction of composing and recording one of the most extreme instrumental avant garde classical pieces I've ever heard. The Winds Rise in the North is a work for string group, originally released as a two-record set in the early-mid '70s. What made it rather extreme was his treatment of dissonance. The original 12-tone composers, the serialists and post-serialists dealt with dissonance generally in a pointilistic way. The bleep and bloop sort of music may have had no harmonically tonal basis or a very expanded one, but the music generally gave you dissonances as if they were tiny points of light on a screen or literally (with some of John Cage's piano music) as a representation of stars in the firmament. For audiences unaccustomed to hearing unresolved dissonance as part of their musical experience, the pointillistic presentation gave the listener some space between tones and also consonant intervals to relieve the tension, for the most part.

The Winds Rise in the North pretty much did none of that. Gaber approached the use of tone in blocks. The string group generally started softly with ever crescendoing complexes of often boldly dissonant sound. The music seems to have represented the build-up of wind currents in some rather extreme weather event, or alternately, some sort of cosmic apocalypse. When those blocks reached their various climaxes, the sheer intensity of continuous dissonant sound (albeit of much interest as sound color) was exhilarating for some, excruciating for others. I still consider it a masterpiece of the era, but perhaps one that many would find hard to sit through.

His latest recording, I Saw My Mother Ascending Mount Fuji (Innova 231) is quite another story.This hour long work, composed between 1968-2009, involves a combination of a piece for multi-track violin and one for processed flute, inserted into an electronics matrix devised by the composer.

Like the Winds Rise in the North, Mount Fuji sprawls throughout its hour-plus duration using long-toned, gradually evolving, wind-like sound-color events as its way of proceeding. Unlike the Winds piece, the music here is much less dense, much less dissonant, and makes for an entirely pleasing listening experience. It's a soundscape of some delicacy, with sustained long-form utterances of a kind of frozen beauty. As much as I appreciate his earlier masterpiece, Mt. Fuji is far more listener friendly. It is a mysterious mountainous essay that speaks as much through omission as commission. And it sounds rather stupendous coming out of the speakers.
Posted by Grego Applegate Edwards at 4:39 AM