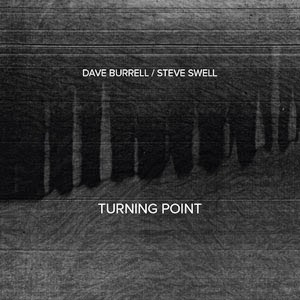 Although Dave Burrell was one of the original, key pianists of the "new thing" and appeared on many critical recordings that have much more than historical importance, he is not readily classifiable. He has as time goes by given us a very particular way, a style all his own, along with a compositional approach that falls into no camp except that of the Burrell school. When I had the pleasure to hear his BYG recording of La Boheme years ago, it woke me up to a sort of fearlessness and original stance from Maestro Burrell on the possibilities classical form had for both Afro-American tradition and the free approach and also made me very aware that Burrell was not content to follow only the prevailing trends. And stemming from that time I have always welcomed new examples of his music and come to appreciate fully his originality.

Trombonist Steve Swell in his own way is in the same league. His overall sympathies surely come out of the free zone, but he extends that in his own way, having roots in earlier styles as well as an eye to the future. You never quite know where his music will go from year to year, yet you know that whatever comes it will be expressively "Swellian."

And so quite understandably we have the two together in an ambitious live date from 2013, Turning Point (No Business CD70).

It is a composition by Dave Burrell that depicts and commemorates in suite form a critical period in the American Civil War, the third in a series of five such suites by Burrell.

The music centers around the point in the war where the Northern forces gained momentum, but it also marks the advent of Lincoln's "Emancipation Proclamation."

The suite expresses military themes, Afro-American "pre-jazz" roots, and a grand sort of expressiveness that captures the highs and lows, the victories but also the real suffering and sacrifices made, the sorrow and joy of the period.

It is a tour de force of Burrell today. The simple duo instrumentation aside, the music is deeply expressive and masterful. Swell plays his role to perfection, combining the old and the new. Burrell is an orchestral force on piano, giving us the compositional particularities with ease and grace but also investing the music with the special qualities of his improvisatory originality in the way he articulates and expands/expounds the compositional framework.

It is a sort of musical monument to a decisive period of American history, the first steps toward Afro-American emancipation and a heightened consciousness of what equality must in the end become. That the struggle has not ended today makes these real beginnings all the more poignant, and Burrell gives us music only he could write, performed in ways perhaps only he and Swell can do full justice to right now, that puts in significant musical forms the hopes, the strife and the first triumphs of the period.

It is a very moving suite, a beautiful present-day example of Burrell's unmatched originality in a performance that goes back in time as it goes forward as well.

Masterful music! Do not miss this!